Pokemon cards were officially released on October 20, 1996. Following their initial debut, they became a massively popular trading card game and amassed quite the following. Now over 22 years later, the Pokemon TCG still is massively popular with a huge fan base. The Pokemon TCG has multiple different types of collectible cards which players can use to play the game or simply add to their collection. First edition Pokemon cards (sometimes referred to as special edition) and specific cards created for tournaments and events are often very rare can come with quite a hefty price tag. Collectors often will search high and low to find the best prices for these rare Pokemon cards.

Below is a compiled list of the top rarest Pokemon cards that we have found to be the most sought after on our site and across the internet. 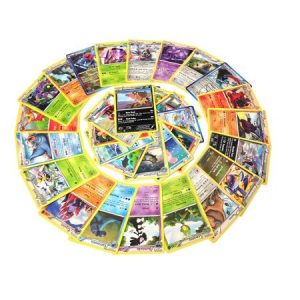 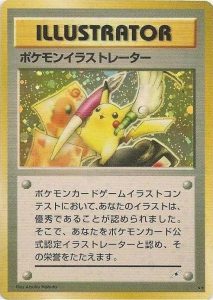 The Pikachu Illustrator card is by far the absolute rarest Pokemon card to ever be released. It was brought into circulation in 1998 and it is a Japanese card with no known English version. The Pikachu Illustrator card is the only known Pokemon card containing the word “Illustrator” on the top of it instead of the word “Trainer.”  The reason this is the rarest Pokemon card to be released is because originally it was given out as a prize for winning the “Pokemon Card Game Illustration Contest”. If you are one of the lucky few to have one of these in your collection, hold onto it as its price will more than likely continue to grow over the coming years. 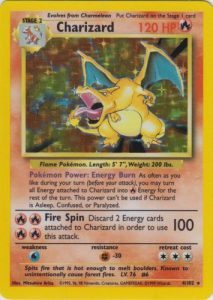 Charizard is without a doubt a top popular Pokemon character of the franchise. The first edition Charizard card is quite valuable and often has a hefty price attached. In prime mint condition, a first edition Charizard card will most definitely put a good sized dent in your wallet or bank account.  Interestingly enough, back in elementary school I traded a holographic Charizard card for a copy of Pokemon red for the Game Boy.  I’d be lying if I said that I didn’t regret that decision to this day, although I did get hours of game play out of that copy of Pokemon red. 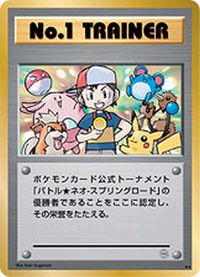 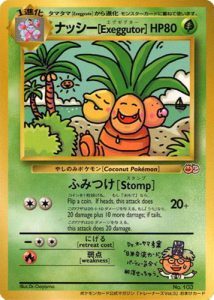 With a very limited release of only 12 known special edition cards out in circulation, the 2001 Tropical Mega Battle Cards are at the top as some of the rarest Pokemon cards out there. These cards were originally released for a Poke-event in Hawaii (quite suited name) which took place from 1999 up until the year 2001.  There were approximately 50 players who competed each year.  Out of all the event’s contestants, the Tropical Mega battle cards were only given out to a few lucky players. 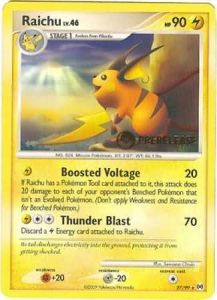 There were less than 20 prerelease Raichu cards ever released into circulation making them very sought after and hard to find.  Raichu is Pikachu’s next evolutionary form. The card features a  printing error which actually adds to the value of the card ultimately making it worth more.  Good luck snatching one of the prerelease Raichu cards up, many collectors have been searching for years without much luck. 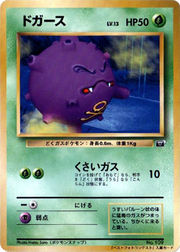 Another very rare and in my opinion quite possibly the coolest card is the Pokemon Snap Card release.  These cards were originally created from the Nintendo 64 DD Pokemon Snap game.  Judges went through and selected top Pokemon photos taken in the game to be printed into circulation as valid released Pokemon cards.  The gamer who took the Pokemon photo is even noted on the card itself.  Now do you see why I think these are the coolest cards out there?

That concludes our list of what we believe to be some of the top rarest Pokemon cards available.  We hope you found this list fun and hopefully you may have even learned a little Pokemon history along the way.

How to find rare Pokemon cards worth money

Pokemon card value is a great place to start.  We’ve compiled tons of various different Pokemon cards and have done our best to have the most extensive price guide on the internet.  You can search by Pokemon name, by TCG set, and even look through a complete list of all available sets.  We price each card from lowest to highest in what is currently available online, ensuring you always get the best prices and deals.  If you haven’t yet, head over to our TCG set list and start browsing for cards now!

We use cookies to improve our site experience.
Click below to agree and accept our use of cookies, analytics tracking by Google Analytics, and ad targeting through Google Adsense.